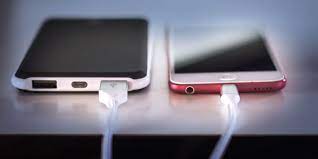 In the digital age, smartphones are now in the hands of almost all people. A lot has changed since the advent of smartphones. In this age of technology, if you have a phone in your hand, you can know the news from all over the world at home. In addition, using the Internet, you can get various facilities including Facebook, WhatsApp, e-mail, message exchange. In a word, there are no pair of smartphones at present.

It is important to take care of the fact that the smartphone is giving you so many benefits. Because most of the time we do not follow the rules of charging the phone. As a result, your phone loses battery power very quickly.

The damage will be if the phone is charged all night

And if the mobile has a battery problem, then the phone becomes unusable. Remember that if the battery of the phone is good, you can use your phone for a long time.

Experts say that all smartphone batteries have a specific lifespan. But if you keep the smartphone charged overnight, the battery life of the phone starts to decrease.

Many people fall asleep at night with a phone charger. The phone is charged all night. But you know what? Unbeknownst to you, the life of the phone is getting shorter. Be careful now.

According to a study, when the charge of the mobile phone is almost over after a busy day, many people go to sleep with the charge. But this increases the chances of the battery being overcharged. This possibility is even greater in the case of lithium batteries. When the phone is overcharged and the temperature rises, the performance of the lithium-ion battery starts to decrease.

On the other hand, if the charge is high, the temperature rises. In most cases, we use mobile cover. As a result, heat does not escape easily. This heat can create battery oxidation of the battery, which further reduces the capacity and life of the battery.

We often have problems with smartphone charges. When the charge is almost exhausted at night at the end of the day’s work, we think it is convenient to stay in charge all night. But you know, we are reducing the lifespan of mobile phones in this way. 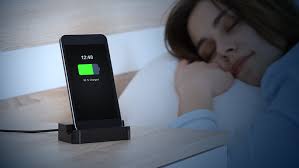 Some mobiles have a smart fast-charging system. But its number is insignificant.

Experts say that the habit of sleeping with the phone charged at night is not at all beneficial for the health of the battery. A bicycle is charged with 0-100% charge. Multiple experts claim that the battery life begins after completing about 400-500 cycles.

How long it lasts then depends on your subsequent usage and type of charge. In that case, keeping him busy all night in charge is not a good thing at all. Because, according to battery technicians, charging more than 80% a day (keeping it charged overnight) and continuing to work without recharging even after a 20% drop, reduces the life of a mobile’s rechargeable battery the fastest.

In that case, it is not at all healthy to keep him in charge all night thinking about the health of his partner all day.

Some mobiles have ‘trickle charge’ technology. As a result, even if those handsets are kept on charge all night, there is no harm. But those premium feature mobiles are no more. If 98-99% of the mobile is charged overnight, it will be reduced to 99% after 100% charge and the heat generated by charging at the same time will continue to reduce the battery life.

Prolonged exposure (like overnight) in this way increases the concentration of ions in the graphite layer more than required, reducing the life of the layer and reducing its lifespan.

However, whether it is a smart fast charger or whatever is at hand when you can take care of it, put it in the charge. Just keep in mind, it is better to keep it open after 80%. And when the spots come down to around 20, remember it’s time to charge again.

We use different types of apps on smartphones. There are some apps that consume the phone battery quickly or the phone gets hot. So it is better not to use such apps.

10 Tech Answers to Improve Your quality of life On the...