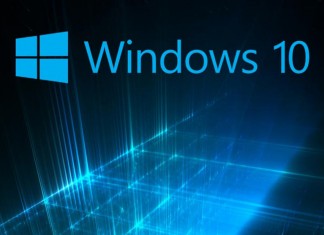 Microsoft’s strategy of allowing free upgrades to Windows 10 has helped the operating system continue to be used more widely around the world. According to the latest report, there are currently more than 100 million people using Windows 10 operating system.

Although the popularity of Windows 10 is still only ranked 4th, behind previous Windows operating systems such as Win 7, Win 8, or Win XP. But it shows that Windows 10’s market share is still expanding.

That number confirms the power of this new operating system. A month after its launch, Microsoft said that there were 75 million Windows 10 devices installed. And now this number has increased to 100 million, which is a development that is not too fast but sure and sustainable. Because the rate of people returning to using the old operating system after updating to Win 10 is very low.

With the goal of turning Windows 10 into service and not a product as before, Microsoft has done its best to encourage people to update to this new operating system. Even forcing them to install Windows 10.

Although this action makes many users feel uncomfortable, it partly helps Windows 10’s market share continue to grow. Besides, the fact that businesses start to upgrade the new operating system also contributes to increasing the market share of Windows 10.

One of the main drivers of Windows 10’s growth is that devices with new processors from Intel and AMD will come pre-installed with this operating system. Intel has launched the 6th generation Skylake processor, promising better support on Windows 10, increasing system performance and processing speed.

AMD also introduced the A12 Pro processor, which can help laptops like the HP EliteBook 705 G3 deliver the power of mobile workstations, while offering longer battery life and a slimmer, lighter design.

It is these attractive factors that will motivate consumers to upgrade their computer systems, thereby helping to boost the market share of Windows 10.

In today’s desktop operating systems, Windows accounts for 95.37% of the market share, while Apple’s OS X has only 4.91% and finally Linux with 1.74%…

How to remove your previous version of windows after Update

LG V10 has the ability to take extremely good photos