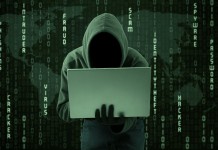 Hackers have become an integral part of the tech world. Those are individuals/groups that have infiltrated the computer systems of technology companies, commercial websites, universities, or even security and defense agencies…

These hackers become the terror of the best security professionals. Here is a list of the 10 most dangerous hackers that technology history has ever recorded:

Adrian Lamo is also known as the “homeless hacker” because he often infiltrates the system from cafes or libraries as well as from here and there life. Historically, Adrian has hacked into the internal computers of Yahoo!, Bank of America, Cingular, Citigroup, and most seriously, The New York Times in 2002.

Among the famous hackers, he is considered the “most ethical” hacker for a noble purpose: showing security experts the vulnerabilities of the system. Although Adrian’s intrusions are not intended for vandalism or profiteering, unauthorized access to other people’s personal databases is still illegal. As a result, this hacker was sentenced to 2 years of probation and fined nearly 65,000 USD.

Vladimir Levin – a Russian hacker became the first criminal to carry out a bank robbery without using a weapon. Specifically, in 1995, this hacker broke into the computer of Citibank and stole 10 million USD. This money was then split into Vladimir’s accounts in various banks around the world.

Vladimir’s talent manifests in the fact that he doesn’t need to use the internet to commit his offense. In fact, he interfered with customers’ calls and recorded their account numbers, and then used this account and pin code to make transactions. However, Vladimir’s hacker career was also extremely difficult. Shortly after the case was quickly solved, he was arrested, sentenced to 3 years in prison, and returned all the money of 10 million USD.

Albert Gonzalez was the hacker who carried out one of the largest ATM and credit card heists in the history of the world. In just 3 years (2005-2007), Gonzalez and his gang of criminals stole and resell more than 170 million credit cards and ATM cards. To accomplish this mission, Gonzalez used SQL injection techniques to create backdoors on computer systems, then stole credit card data from the company intranet.

When Gonzalez was arrested, authorities recovered $ 1.6 million in cash, of which 1.1 million was hidden in the house of this hacker’s parents. In 2010, the US federal court sentenced the hacker to 20 years in prison for “very talented, many of these habits”.

Asperger’s syndrome is the most severe form of autism, but McKinnon is highly intelligent and has an exceptional understanding of complex systems. At the age of 14, he began to attack computer systems with extremely advanced security systems: government computer networks – from the army, air force, navy to NASA. The court recommended that McKinnon had caused damages of up to $700,000, but he was still living in asylum in the UK when the US could not extradite him for trial.

Kevin Poulsen (nickname Dark Dante) was considered a tech prodigy when he started his career as a hacker at the age of 17. When his peers were still in school, Poulsen became famous after a spectacular deal with the radio station. KIIS (Los Angeles) to bring home a brand new Porsche. Specifically, this KIIS radio station organizes a competition for customers, the prize is a Porsche for the 102nd caller.

Very simply, Poulsen hacked into the city’s telephone network, blocked all calls to this radio station, and of course, the number 102 call with the prize could not escape this hacker.

In 1991, Poulsen was “caught” by the FBI after organizing an online attack on the US telephone network. The notorious hacker was convicted of seven counts: computer, phone, email fraud, money laundering, gathering information about secret businesses, and was sentenced to 51 months in prison – the heaviest sentence for a hacker to enter. The 90s. After being released from prison, Poulsen became a security columnist for Wired News.

The Syrian Electronic Army (SEA) is not a single individual, it is a whole army of hackers from Syria that emerged at the end of 2014. SEA was established in 2011 with the support of Syrian President Bashar al-Assad with the aim of sabotaging the system. Specifically, this group of hackers has caused a denial of service (DDoS) attacks on many websites, including Twitter and Facebook. Besides, the New York Times, Onion, Huffington Post, and LinkedIn social networks have also been victims of SEA.

In early 2015, the SEA also hacked into the US military’s website and left a message on its homepage: “Your commanders admit that they are training soldiers to lead to life-or-death battles.”

Max Ray Butler (nickname Iceman) has given up his job as a computer security expert to become one of the most dangerous hackers in the world. With his talent, Iceman easily stole the information of 2 credit card numbers and stole a total amount of up to 86 million USD.

This hacker is also the admin of Carders Market – an online forum where hackers can buy and sell data they have obtained from users. Butler was arrested in 2007 and sentenced to 13 years in prison – a record sentence for a hacker.

David Smith is famous for the title of “father” of Melissa: the first virus capable of spreading itself from one machine to another and also ranked as the fastest infectious virus in 1999. This virus lures users to open a file with the attached message: “This is the document you are looking for, do not give it to anyone”. Once activated, this virus automatically duplicates and sends to 50 other people on your email address list, causing the email network to become congested. Both Intel and Microsoft had to suspend their e-mail servers for a long time to kill this virus.

When arrested, Smith insisted he had no intention of sabotage, but Melissa’s method of infection caused up to $80 million in damage. The 20-month prison sentence and $5,000 for this hacker are also rare in history for the crime of spreading the virus.

Anonymous – the most powerful hacker group in the world – is the first name mentioned every time a cyber attack is discovered. This is the nickname of a group of Internet criminals, who often attack online at sensitive political times. Anonymous has been operating since 2003 and the targets of this hacker group are high-end organizations and large corporations. Recently, Anonymous has attacked the website system of the Islamic organization IS.

The symbol of Anonymous is the Guy Fawkes mask. The group’s slogan is: “We never forgive, we never forget”.

Kevin Mitnick is not a programming or system security genius, but this hacker always knows how to exploit small holes to bypass the security system easily. First, Kevin successfully hacked the bus ticketing system in Los Angeles to get free rides. Next, Mitnick also discovered the vulnerability of the Phreaking phone system and made free calls for more than 2 years.

Not stopping there, Mitnick continued to break into computers of Sun Microsystems, Novell as well as the US defense warning system. Finally, this hacker was touched by the FBI while accessing the computer system of DEC (digital equipment company) to steal proprietary software.

Kevin Mitnick was convicted of multiple crimes and sentenced to five years in prison for breaking into and hacking networks. He admits his strongest weapon is taking advantage of the small, seemingly trivial details that programmers often overlook in favor of the big system. After his release from prison, he is working as a professional security consultant.

Coach Outlet How to Get Twitter Followers Quick the Wise Way