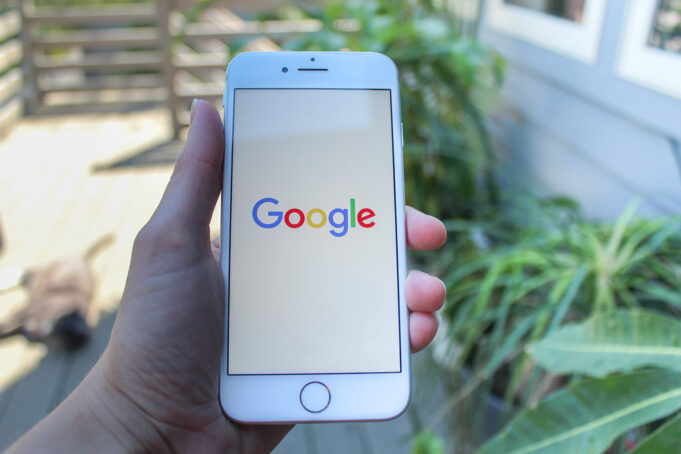 Founded in 1998 by co-founders Larry Page and Sergey Brin, Google has gradually become one of the largest technology companies in the world. The following inventions are made by Google and are supposed to change the world.

Most recently, Google’s reports have shown that researchers have succeeded in programming an AI that can respond as intelligently as humans, temporarily called a “chatbot”. Accordingly, this Google AI is capable of fluently answering questions from IT topics to humanity’s biggest question: “What is the purpose of life?”.

2. Hot air balloon project to broadcast the Internet to the whole world

Google calls this Project Loon. Basically, these are balloons like hot air balloons that broadcast the internet in remote parts of the world. Based on calculations, Google’s balloons can create nets at an altitude of 20 km above the ground; these balls will connect with the balls near them, and eventually will connect to the underground stations.

Accordingly, the “Project Loon” project has been implemented by Google since the end of 2013, in order to bring the Internet to many remote areas of the world, or Google’s use of hot air balloons to broadcast WiFi before. Google says the use of hot air balloons makes sense because they are cheap, easy to deploy, and can easily broadcast WiFi to geographically complex places.

In the closing days of 2013, Google acquired Boston Dynamics, a company that works closely with the Pentagon to develop combat robots. Before that, Boston Dynamics made a splash with its BigDog robot line capable of moving on ice and snow, Cheetah robot running at 45 km/h, PETMAN robot with a human-like shape and ability to move.

At the moment, it is not clear when Google acquires Boston Dynamics, which next-generation combat robot will be born. However, if you look at the latest WildCat robot, this is absolutely an assassin, with the ability to run freely at a speed of 26 km / h and will soon be raised to 80 km / h, suitable for supplying troops. urgently needed for the front line, transport weapons, ammunition, or chase, neutralize and destroy the enemy on the run.

Referring to mobile phones or modular phones, perhaps the most familiar name is Google’s Project Ara, developed by a professional ATAP (Advanced Technology and Projects) team. According to the company’s project leader, the body of Project Ara will be sold for $ 50, after that, users will pay more for other parts.

Project Ara allows users to replace a lot of components on smartphones that seem to never happen such as increasing battery capacity, upgrading camera sensors, adding SIM slots … At the present time, Google provides users with about 20 optional modules, however, this number can increase significantly in the future, as more manufacturers embark on this field.

Project Tango is a smartphone/tablet that has been tested by Google, with a sophisticated 3D sensor system capable of creating 3D maps of all surfaces and objects in the surrounding environment. To do such an amazing thing, the 3D phone of the search giant is integrated with up to 4 cameras along with 3D sensors like the Kinect.

By moving and scanning the phone to all four sides, specialized software will collect data about 3D structure as well as color to build into a complete model simulating the whole of the phone. room. This promises to be the premise to create a new user experience while games and navigation applications in the future.

We all know that Google is one of the leading giants in the field of self-driving cars, with the desire to make life more convenient and easier for people in the future. According to what Google offers, their algorithm works quite well in many different cases, even according to Google, it is even safer than normal drivers.

Although it is safe and well thought out, self-driving cars cannot handle the unexpected, requiring human reflexes to prevent accidents. So in complex traffic conditions, the self-driving car will need to know on its own that it can’t handle the next situation on its own and will issue an alert with the help of the driver.

About 2 years ago, Google announced the implementation of a project related to human health and age called Calico. Information about this project was not published much online, only when Time began to research on Calico, did the world gradually understand what Google was calculating. Basically Calico is researching how… anti-aging for humans.

It is known that Google has invested hundreds of millions of dollars in this project with the desire to prolong human life. In addition to Google, there are currently a number of other large technology companies that are also doing this research. Pioneers include Larry Ellison of Oracle Corporation, Jeff Bezos of Amazon, “Iron Man” Elon Musk, and even Bill Gates who are also very interested in anti-aging.

In June 2013, Google announced the acquisition of Makani Power, a project to develop wind turbines that can fly like a kite instead of being mounted on top of a pole as usual. This is one of the projects that Google has funded before in the field of renewable energy, demonstrating its ambition to bring the clean energy trend to life soon.

Makani’s design consisted of wind turbines mounted on the wings of the aircraft tethered to a ground pedestal. The system was named Airborne Wind Turbine and was launched to an altitude of 240-300 m, where the wind power was much greater below ground level. In addition, this design has eliminated 90% of the materials used in conventional wind turbines and can catch the wind at high altitudes or right on the sea surface.

The reason why birds can dent the plane’s head