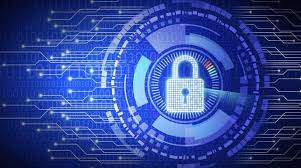 Today, we will learn about 5 popular programming languages that are widely used around the world. The language popularity is listed according to the Tiobe index and StackOverFlow survey.

Popular career paths with Java are backend developer, big data developer, embedded systems engineer, or Android developer. Although not the most “trendy” language at the moment, Java is so heavily used that we can pretty much guarantee it won’t go anywhere in the next decade and beyond.

You can download the Java JDK file from the oracle site.

JavaScript allows developers to add interactive effects to web pages. It often works alongside HTML, but it’s becoming more common for web apps to be built entirely in JavaScript. Because of its, more startups and tech businesses are starting to use JavaScript on the backend via the Node.js framework.

Due to its simplicity, readability, and well-structured, python is growing large and popularity is increasing daily. According to the Tiobe index, it is the 4th most popular language.

Machine learning, artificial intelligence (AI), Big Data, and Robotics all rely heavily on Python (Robotics also relies on C for its use in systems programming). Cyber Security, one of the top software challenges of our time, is also driven by Python.

On the whole, career paths with Python are various and here to stay. It’s a good choice for beginner developers, as it’s high-level and easy to read and comprehend.

C is one of the oldest, most popular programming languages, thanks to its near-universal portability and early adoption by Tech’s biggest brands, including Microsoft, Apple, Linux, and Oracle. C is also the most popular language for embedded systems in cars, electronics, and other devices. Nearly everything that we touch today, from our cell phones to alarm clocks, is influenced by –if not directly written in– the C language.

Why is it still a popular programming language to learn today? First, it is essentially a portable assembly language. It works with nearly every system and operates about as low to the machine as you can get.

C also has features that make it perfectly qualified for operating systems and embedded systems (like your car’s dashboard). Thanks to its relatively small runtime, C is perfect for keeping these systems lean.

Any programmer will benefit from learning the C language. Many algorithms written and shared online are done in C. It’s essentially the “universal language” of programming languages. C spinoffs like C++ and C# are also among the top 5 most popular languages, again emphasizing the influence C still has today.

As being increasing in position in Tiobe index and having a stable position in StackOverflow, which tells that SQL is still used for managing data and many languages use SQL to access databases and manipulate the data.