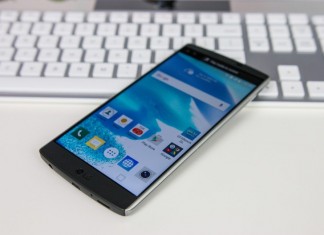 With 3 cameras, LG V10 is one of the smartphones with the most powerful selfie capabilities today. Let’s take a look at the photography capabilities of the V10

The LG V10 also has a more interesting camera, not only a 16MP rear camera but up to 2 5MP front cameras, one of which has an 80-degree viewing angle and another 120-degree camera. The dual-camera setup allows the V10 to use an algorithm to combine images when taking wide-angle selfies. All the camera features of the popular LG G4 are present on the V10 but add the ability to manually adjust when recording video

You’ll also find an 8MP camera on the front of the Nexus 6P, but the rear camera drops to 12.3MP, while both the Motorola Moto X Style and Sony Xperia Z5 Premium opt for a 5MP front camera and a 20MP rear camera.

The “dots” certainly don’t measure up to the camera performance, but in theory, the Xperia Z5 Premium is the best in terms of rear cameras, and the V10 stands out the most thanks to its dual front-facing cameras. Each device offers different functions but if you are choosing between these devices based on on-camera performance, you should dig into an in-depth review of each product.

10 ways to increase the speed of WiFi Internet

For a person with a enthusiasm for technologies