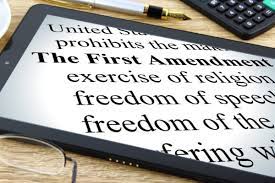 If you haven’t heard about the privacy scandal yet, you lagging behind

Cambridge Analytica, a UK-based data firm, acquired millions of Facebook users’ personal information to build software that could target potential swinging voters in political campaigns, including US President Donald Trump’s 2016 election bid. As many as 87 million people have been reported to be affected. On top of that, some users who logged in to Facebook through Android devices discovered that Facebook had been collecting phone call logs and text histories.

Following the news, the backlash Facebook received was swift, with some users starting the #DeleteFacebook movement online in an effort to encourage people to leave the platform.

An investigation into this by various government agencies including various countries’ governments is underway.

In the wake of the scandal, Facebook is overhauling its privacy controls. Senior executives announced that in the coming week’s privacy controls would be simplified and made more prominent to put people more in control of their information.

What can you do?

“Access Your Information” is now available. So download the file of data that Facebook has on you. Go to your Facebook settings. At the bottom of the General tab, you should see an option to “Download a copy of your Facebook data”. After opting in, you’ll receive two emails, one acknowledging that Facebook received your request and another that includes the file when it’s ready.

Review your privacy settings not just in Facebook – for everything: your other social media accounts, emails, apps, search engines, etc.

The Day and Gloves of a Karma Yogi

Enjoy the chatting experience through Whatsapp