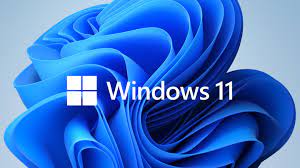 Since the release of Windows 11, many people have been using Windows. Windows 11 has many apps of its own that users find very useful.

But now Windows 11 is coming up with some updates of its own. Hopefully, the bugs that were there will fix those in the app.

Technology giant Microsoft is going to bring some changes in some apps built-in Windows 11. Users of the developer’s channel Windows Insider can now check for updates to snipping tools, calculators, mail, and calendar apps. Although some changes have been made, these apps have been redesigned to be compatible with the Windows Eleven interface. News The Verge.

Microsoft is going to replace the traditional Snipping Tool and Snip and Sketch apps in Windows 11 and bring a new look Snipping Tool app. The screenshot option can be turned on in Windows 11 by pressing the Windows + Shift + S key on the keyboard. With this, the snipping menu will also be launched to take screenshots of the specified part.

Once the screenshot is taken, various editing features including cropping, annotations can be used in the snipping tool. Microsoft is also going to add Dark Mode to the Sniping Tool. As a result, it will easily match the theme of Windows 11.

In addition to the snipping tool, Microsoft is also going to make changes to its mail and calendar apps. “We’ve made some changes to these apps, including rounded corners,” said Dave Grochki, senior program manager at Windows Inbox Apps. So that they are compatible with the theme of Windows 11.

Coach Outlet How to Get Twitter Followers Quick the Wise Way

The Best Ways to Market Your Online Business