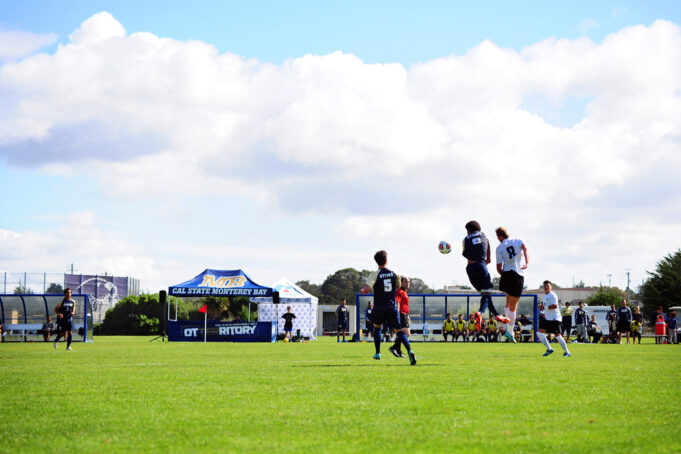 The California All-State Youth game was an explosive match-up of California’s top youth football players from the North and South regions. The Southern California region swept 3 games over the North providing highlight reels on every level. North QB Andre Aguilar and Turlock running back Drew Velasquez pounded the south on the ground to take an early lead in the first half. 6th grade South QB Hank Bachmeier and running back Noah Lopez stole the show in the second half as they steamed rolled the North 6th grade all-stars on the ground to help secure the victory for the South.

The main event of the night showed no signs of slowing down for the Southern region All-Stars as the 8th-grade teams took the field. The North All-Stars fought hard throughout the night behind the arms of QBs Jordan Love and Aaron Daggs. Both QBs hooked up with Tulare WR Stephen Morin on several occasions. The North coaches launched a balanced offensive attack behind Porterville running back Isaiah Jones but the South All-Stars just proved to be too much to handle. South QBs Tommy Castillo and Quentin Davis connected with standout receiver Blake Rutherford on several occasions to help lead the South past the North all-stars.

All of Your Cookbooks Everywhere You Go!